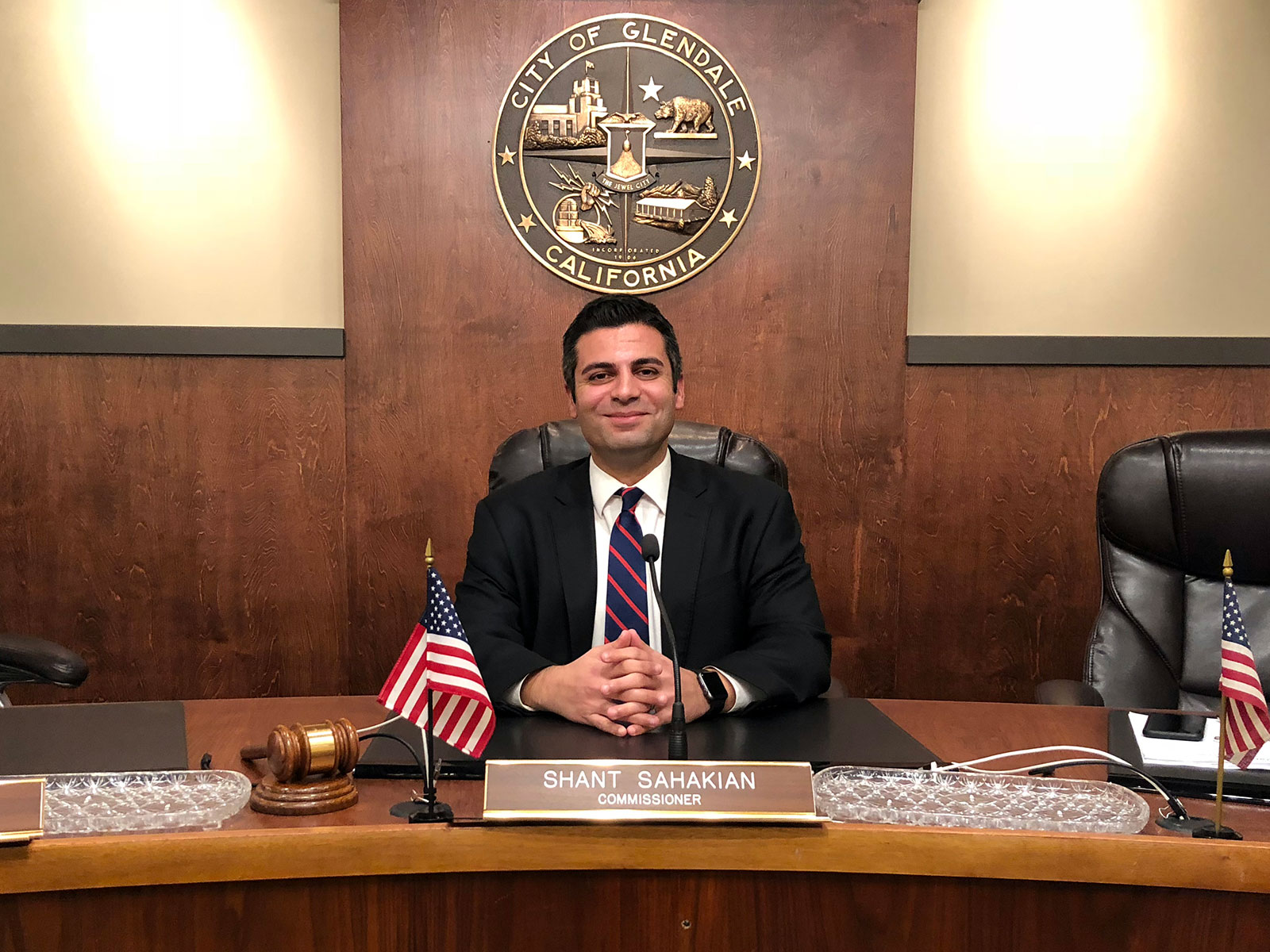 Glendale, CA (January 22, 2018) – Glendale School Board Member Shant Sahakian was appointed as the new Chairman of the City of Glendale Arts & Culture Commission with the vote of his colleagues at the first Commission meeting of 2018.

“I am grateful to have been entrusted as the Chairman of the Glendale Arts & Culture Commission,” stated Shant Sahakian. “I am looking forward to our Commission’s exciting year ahead and continuing our important work of supporting, promoting, and advancing arts and culture in Glendale.”

Shant Sahakian was appointed to the Glendale Arts & Culture Commission in July 2015 with the nomination of Councilmember Vartan Gharpetian and approval of the Glendale City Council. The mission of the five-member Commission is to enrich the human experience, reinforce Glendale’s identity and civic pride through arts and culture, and to recognize the importance of arts to our quality of life and to the local economy.

During his tenure, the Arts & Culture Commission has initiated Glendale’s first Public Art Master Plan to help shape the future of public art in the city, expanded the Beyond the Box program to over one hundred utility box murals painted from South Glendale to Montrose, and sponsored arts and culture events, exhibitions, programs, and performances throughout the community. Most recently, Shant successfully advocated for the fair and equitable compensation of every artist hired by the Commission, leading to the adoption of artist stipends for the Adams Square Mini Park Gas Station exhibition series.

Shant Sahakian is an Elected Member of the Glendale Unified School District Board of Education representing District D. He was elected in April 2017, becoming the first Millennial and youngest School Board Member elected in Glendale history.

A product of Glendale public schools and a lifelong resident of Glendale, Shant has deep roots in the community. He is a longtime community leader who has championed Glendale’s youth, advocated for the underserved, and served the community through a distinguished record of public service. He is a graduate of CSUN and UCLA Extension. Shant and his wife, Suzanna, reside in Glendale, California with their son, Raffi Sebastian Sahakian.